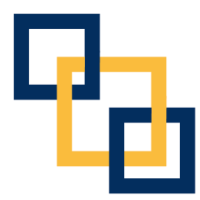 Scanwell eReader: Photographing an RDT with a phone

This section was contributed by Scanwell Health, who provided the Toolkit’s interpretation features.

This section assumes that the RDToolkit app is running in portrait mode (display taller than wide) on a phone.

How to take a good picture

Hold the phone parallel to the RDT, so that the edges of the RDT are as close to the green rectangle on screen as possible.

There are several checks built into the app to ensure quality pictures are taken, including orientation, blurry, underexposed, overexposed, RDT not recognized and glare errors. These checks happen sequentially, which means that the user will receive an error message for the first error triggered in the pipeline. Therefore, it is not uncommon to see nonspecific error messaging for an image with quality issues.

For example: in the case of a very dark image, this may be rejected earlier in the pipeline than expected, i.e. the image triggers an orientation error as the app is unable to locate the RDT, rather than the “underexposed” error as expected.

The app performs several orientation checks to ensure that the RDT is well oriented for analysis. This includes ensuring the RDT is close enough and parallel enough to the camera, without being too close. If the app determines there is an orientation issue with the image, it will display an error. To fix this error, you may:

One of several orientation errors may be returned, depending on the type of issue detected. These include SHORT_PERIMETER, LONG_PERIMETER, BAD_ASPECT and TOO_OBLIQUE.

Below, some examples of images that may cause an orientation error are described.

First, as a reminder, here is an example of proper technique:

The RDT is oriented correctly (vertically), and the operator is holding the phone parallel to the RDT, with the edges of the RDT as close to the green rectangle on screen as possible. The RDT is on a non-white background and there are no shadows cast over the RDT.

Here are some more examples of what not to do.

If the phone Is held too far or close to the RDT, the app may return an orientation error.

Left: operator is holding phone too far from RDT. Likely to cause SHORT_PERIMETER error.

Right: operator is holding phone too close to RDT. Likely to cause LONG_PERIMETER error.

The algorithm can handle some tilt, but if the out-of-plane rotation is too extreme, the algorithm will reject the photo.

the operator has tilted the phone and as a result, the bottom side of the RDT appears longer than the top side.
Likely to return a SHORT_PERIMETER, BAD_ASPECT, or TOO_OBLIQUE error.

The operator has tilted the phone and as a result, the left side of the RDT appears longer than the right side.
Likely to return a BAD_ASPECT or TOO_OBLIQUE error.

The app requires a sharp picture, without blur from focus problems or shakiness, to accurately analyze the RDT. If the app determines that the picture taken is too blurry for analysis, it will display a blur error. To fix this error, you may:

Sometimes, even though the lighting is good and the RDT is aligned correctly, the image can appear blurry if the lens is out of focus. If this occurs, lower and raise the phone as shown below to retrigger the camera’s autofocus cycle. You may need to do this a few times. Then, press the “Take Picture” button when the RDT is aligned with the green rectangle and the picture is sharp.

Explanation on Images above from left to right:

Certain phones simply cannot focus close enough to take a satisfactory picture. If you repeatedly see the blur error, even when all other photographic factors are good, you may need a different phone.

The app requires bright and even lighting across the RDT. If the app determines that the picture taken is too dim to accurately analyze the test, it will display an underexposed error.

Note: Take care that the phone itself does not cast shadows over the RDT.

The image captured is too dark. Move to a brighter location.

The app requires bright and even lighting across the RDT. If the app determines that the picture taken is too overexposed to accurately analyze the test, it will display the overexposed error.

The RDT is overexposed.

The app will return an error if it cannot confirm that the RDT in the picture matches the type of RDT it was expecting.

To fix this, you may:

Light is reflecting off the assay window and obscures the app’s ability to detect control and/or test lines.

For questions, or to report a problem, contact the Scanwell team at hello@scanwellhealth.com with a description of the problem.

Additional training materials will be made available at www.scanwellhealth.com/partners/malariaprograms.

The Scanwell RDT Reader App is developed by: