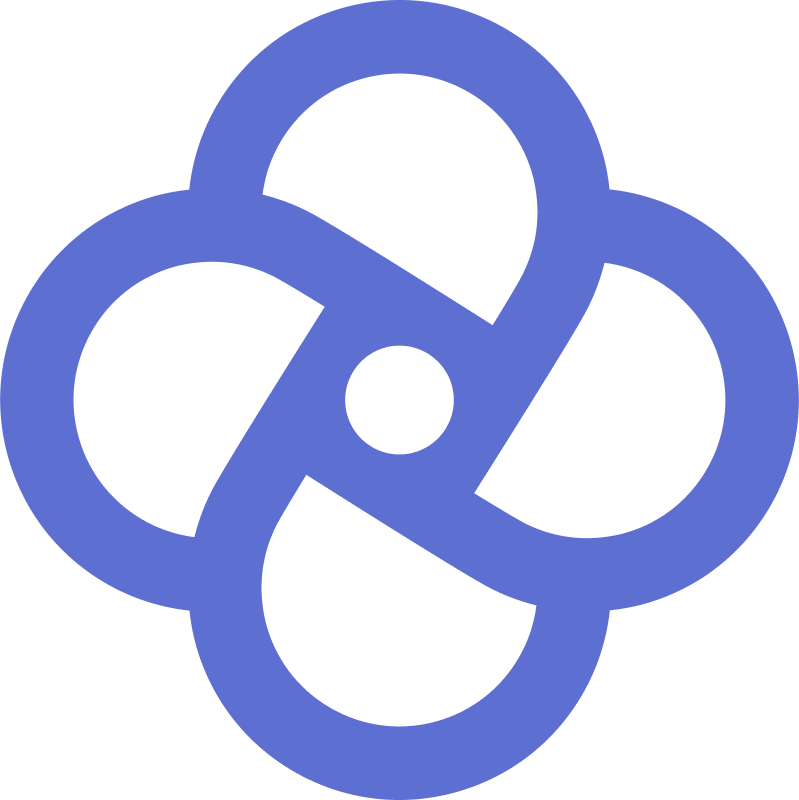 This article is still a stub

This page aims to gather information, experience and best practices about representation of Myanmar characters on Android smartphones. This article is still a stub. Hopefully the ICT4D and CommCare communities of Myanmar will help to flesh it out.

Unicode is a standard that defines how text should be saved into data and how it is read and written. Almost every script in the world, including Burmese, is defined in the Unicode Standard. Carefully designed by experts of the field around the world, this international standard is supported by virtually all the latest platforms: not only in major operating systems like Windows, Mac, and Linux but also in OSes of mobile phones and many electronic devices.

Switching the font of a text typed in Arial to Times New Roman only changes the way the letters are displayed : an A would still be an A, a B would still be a B, etc. This is made possible because Arial and Times New Roman both respect the Unicode standard : internally, in the computer's memory, the different letters of the alphabet are represented the same way in both fonts.

Zawgyi is a font, invented at a time where Unicode was not a widely used international standard. Zawgyi is currently the most widely used font in Myanmar. However, it is not Unicode-compliant and breaks the Unicode standard in many ways.

Comparing the Burmese characters Unicode map with the matching Zawgyi one shows the main issues on this font :

The Wikipedia Myanmar community page contains a more thorough discussion on Unicode vs Zawgyi and has good links to extra fonts and conversion tools.

Before the version 4.4, Android didn't support the Myanmar language at all. Smartphone sold in Myanmar with an earlier Android version usually have Zawgyi installed by default.

Generally, Android phones bought in Myanmar should be able to display Burmese characters. However, to type in Burmese, a Myanmar language compliant keyboard application must be installed. Depending on font installed on a given device (the standard Unicode compliant font or Zawgyi), different packages should be used.

Am I using an Unicode compliant font or Zawgyi ?

Selecting a character to check 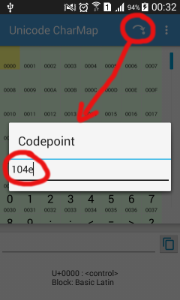 Unicode representation of the U+104E character 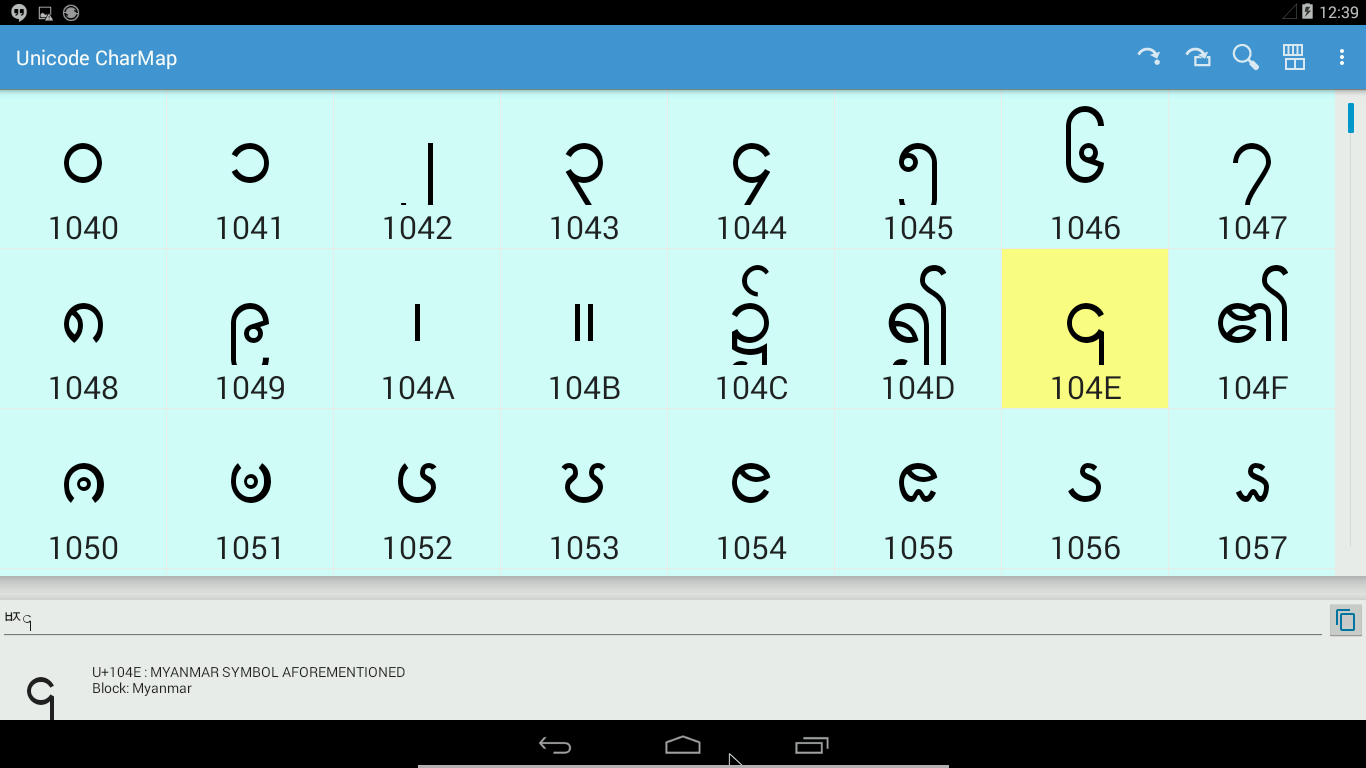 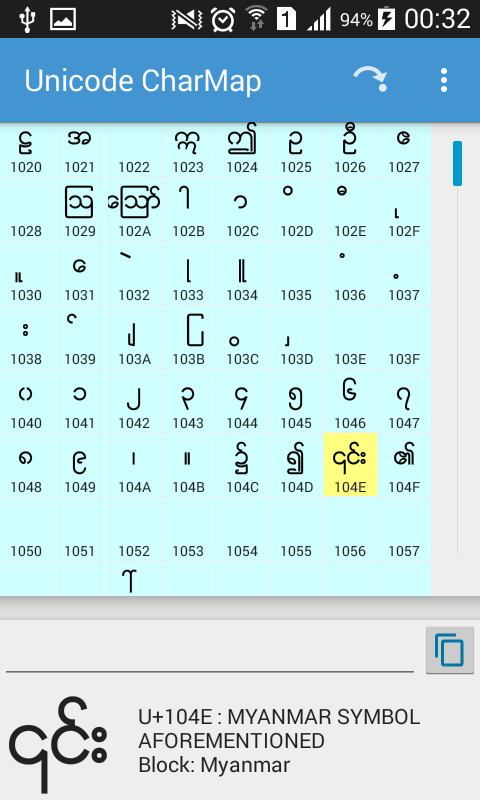 In the web browser

Web browsers not only rely on system fonts, they also embed their own. The representation of the U+104E character can be checked on Codepoints. 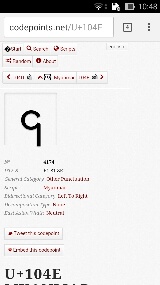 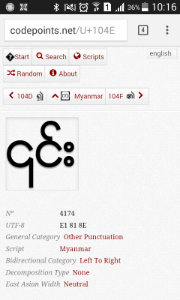